Marine Zoologist specialising in endangered species and remote atoll research. I use modern science and Ethnozoology to provide culturally meaningful conservation projects, with a special focus on the sustainable use of natural resources and food sovereignty. "Tread gently on the Earth"

I’m not sure how many people know of SDGs, but for many years I’ve held that sustainable and development were opposites. Invariably development meant damaging or destroying a habitat and impacting any species that lived there. The root cause was usually money; which we cannot eat!

So what changed? In September (2015) 193 countries signed up to the United Nations Agenda 2030. This consists of 17 Goals (and numerous associated objectives). It’s an all-or-nothing approach. You cannot pick and choose ~ signing up means everything. You’ll see on the photo that these SDGs cover many of the problems that the Biodiversity Alliance is concerned about. Of utmost importance is Goal 14, as it’s the first time that life in the oceans has been considered. You’ll see too that climate action is included as Goal 13. The carbon intensive economies, especially USA & Australia, wanted this left out (see next paragraphs).

Looking at the long drawn-out process of doing anything about global climate change shows the challenges that we face. The greedy, and most polluting, nations do not want to change their behaviour, because they lose competitive advantage … but care nothing about impacts. These international treaties have two components: the one that everybody signs with such loud fanfares; and another implementing agreement. For climate change after the Rio Summit the Kyoto Protocol was the thing that mattered, yet it went nowhere; in fact George Bush jnr withdrew USA from the Protocol altogether.

In December 2015 the UN Climate Change treaty was signed in Paris; 197 countries agreed that climate change is actually a problem!!! What made Paris remarkable was that the delegates had a set of goals that their countries would offer to achieve. Cook Islands for instance pledged to cut greehouse gas emissions 81% by 2030. Some others were less helpful and said we’ll think about doing something by 2050! In April 2016 the Paris Agreement was ratified by 14 Pacific Island nations; Cook Islands didn’t. For the treaty to come into force it must be ratified by a number of countries, and the threshold should also exceed 55% of polluting emissions. In other words we need the big polluters ~USA & China~ onboard. [Although China recently overtook USA as the biggest overall polluter, we should not forget that China has 1.5 billion people and USA only 320 million. USA emits twice as much CO2 per capita than China does, and is also responsible for the bulk of historical carbon-based pollution].

Since April 2015 every month has set a new global temperature record. Climate change is real, serious and has already happened. Some media will say that the 12-month El Nino we’ve just experienced (12th May 2015 to around 20th May 2016) was the cause, but actually this only contributed about 20% ~ the bulk was the increased background temperatures. The only place left on the planet with atmospheric CO2 concentrations less that 400 ppm (parts per million) is the Arctic Region: northern hemisphere exceeded it in 2014; Antarctica & Mauna Loa in Hawai’i have just crossed the threshold. The Arctic will breach 400 ppm in about two years time; that’s the new normal.

The situation has become so serious that Ban Ki Moon (UN Secretary General) will call a special meeting in September 2016 asking that all Signatories to the Paris Accord attend and ratify it then and there: bringing it into force this year. We have no more time left. We MUST change!

So coming full circle to the SDGs. You’ll remember that these are to be completed by 2030. Imagine that! Poverty, hunger, inequality, climate change, sustainable resource use, universal secondary education etc all eradicated in 14 years! Curiously, the Country Leaders have to make an annual report at the UN explaining their progress or lack of it. The Country Leaders not their minions. I wonder if they’ll do it?

Picture perfect office – © Dr. Michael WhiteKia Orana Everyone!Firstly, my apologies for being offline for a while.I’ve been extremely busy researching the rapid impacts of ocean warming on my atoll (9 South; 158 West).These include coral bleaching and death of our giant clams (Tridacna maxima).Also many of our trees have suffered badly and have either collapsed or are very sick.I’d like to thank my friends and research colleagues: Papa Ru Taime & John Beasley. Meitaki Poria.I’ll try and use this post as a form of blog and will deal with each aspect over the coming weeks.In particular I am now seeing secondary impacts, such as algal growth on the bleached corals ~ so in time this may cause a shift in fish populations or marine invertebrates.So this is truly the living, shifting face of climate change.Welcome to our new world! 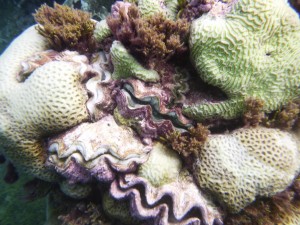 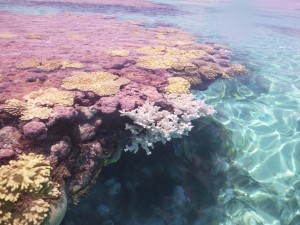 Some coral species are badly impacted, others are more resilient 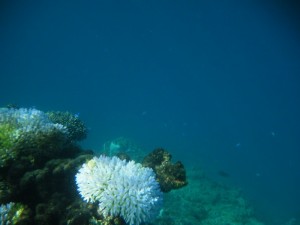 Deeper corals suffered more than many surface ones, probably because deeper species have a narrower thermal range 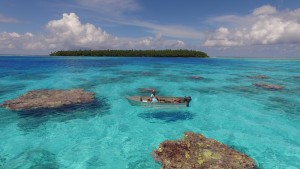 A beautiful picture of ‘my office’ ~ but the story is different when we look closely underwater.Climate change is real!

It seems like ‘closing the stable door after the horse has bolted’ but I wonder. Might it work? It’s very clear that most people have no interest in changing their daily life styles and business practices, so things are not going to improve any time soon. This article explains one possibility and some foreseeable concerns. Its clear strength is that transplantation is to an area where all of the dollars have already been extracted.

‘We can persuade ourselves that we are living on thin air, floating through a weightless economy. But it’s an illusion.’ – © Andrzej Krauze

Finally people are seeing sense. We cannot have both 🙂 Not sustainable

0
Bees land on a sunflower in Munich, Germany - © AP

Putting a price on Nature? Or not? Money vs Nature

If you have time I’d suggest looking at this 25-minute video: it really shows just what we are up against with the industrial-consumer world. Pretty much everything that could be wrong is! Citarum River

0
Participants in the social media selfie campaign entitled This Is My #EarthStatement. © The Earth Statement

This is an interesting article, and we’d seen some of the ‘tipping points’ earlier this year. It clicks nicely with our recent discussion about The BA and the next step of our  journey. Certainly it has some good ideas. There are links in the story to other sites of interest. Mike 🙂 Transformation

Whether you believe in Cryptozoology or not the last 4, short, paragraphs contain something really profound. Mike 🙂

0
Scientists say the Zachariae Isstrom glacier has now become detached from a stabilising sill and is losing ice at a rate of 4.5bn tonnes a year. - © Christoph Horman/imagico.de

The published article can be freely accessed here: