Human species is an interesting one. Perhaps the only species which intentionally destroys it’s own habitat. This species pronounced itself ‘the crown of creation’ and this very species can’t stand resisting it’s own rules. Even so called democratic societies willing to punish everybody who ‘deviate’ from the declared ‘common law’ even if he or she doesn’t heart anybody. 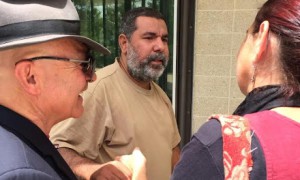